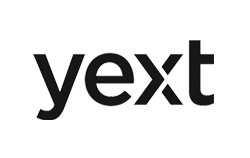 At the recent SMX East event in New York, editors from Third Door Media sat down with Google Webmaster Trends Analyst Gary Illyes for an “Ask Me Anything”-style presentation.

In the 75-minute interview, they covered a lot of territory – the mobile-first index, schema, voice search, ranking factors, disavowing links and unicorns, to name a few. Here’s a compendium of Illyes’ 15 most insightful responses from the event:

If you still have sites that are not mobile-friendly, do really focus on that. Not that the mobile-first index will [cause your site to] disappear from the Internet/search results…we live in a mobile-first world [and] even if…your business is not getting right now traffic from mobile, it might just mean you’re not getting it because you don’t have a mobile-friendly site. Perhaps fix that.

On the mobile-first index:

We’re working hard to move sites that are ready into the mobile-first index. It’s a slow process, [so I] don’t want to give a fixed timeline. It will probably takes years until [there’s a] full mobile-first index and even then it’s not 100% complete.

“Mobile-first index” is a new thing as a phrase, [but we’ve been] telling publishers small and big to go mobile for perhaps seven years at least. If you did that, then you’re largely good to go — especially if you have responsive design. If you have a mobile site, the resources that would have to be put in to ensure you would do well in the mobile-first index is not that much. Look at content. If you have a small- or medium-sized business, I don’t think you have to invest too much.

On what impact the mobile-first index will have:

I doubt that many sites will even realize they are in the mobile-first index at all.

On what schema does:

On why schema is important:

For now, I will say schema is important. We do look a lot at what’s in the structured data and I do think that if we recommend it, you probably want to make use of it.

Schema in general is helpful for us to understand the content on the page and by using that in our search features, we’re helping users find what they’re looking for.

[There was] a survey on the whole “how search should work”-thing and I think that ultimately we should have at one point an algorithm that can figure out the same thing that schemas can provide us – [Google co-founder] Larry [Page] doesn’t believe in manual elections because we should be able to see something is spammy and just [not] include it in our index. Similarly, schemas are helpful for [that], but as algorithms become more advanced, it might not need it.

On how mentions impact rankings:

Mentions not necessarily help rank you better, but rank a little bit better indirectly. They give a better idea of what your site is about or what keywords a site should show up for.

Imagine the algorithm is like a human. If a human sees a lot of brand mentions on the Internet, it will…store [this] in its memory and associate that brand with something. Say you’re selling unicorns and your brand is mentioned with unicorns, so we might learn that your brand is a good place to buy unicorns.

On the relevance of search ads:

I click a lot on search ads… [and I] often find the ads we show in search results are more relevant to me as a user than the ten blue links. That is bad for web search, of course, and we should fix that, but to me as a user, [it’s not].

Bids correlate to relevance, the quality of the site and so on. The same or almost the same thing applies to ads as well – [if the] ads [are] on top, it invariably means they are more relevant for the user in some way than the ten blue links.

I don’t have numbers, but it’s growing…it’s growing really fast and becoming a very important part of search, as well as products like Home. We want to ensure people can search however they want since voice is becoming [more prevalent] and [we want to] ensure recognition quality is very precise.

On whether direct traffic helps rankings:

Search traffic in general is not something we would directly use in ranking…so we’re using other kinds of traffic and [when it comes to] direct traffic…we would see that through Analytics…and I can swear in front of a court we are not using that data for search rankings.

Ultimately, you just want to have a really great site people love. I know it sounds like a cliché, but almost [all of] what we are looking for is surely what users are looking for. A site with content that users love – let’s say they interact with content in some way – that will help you in ranking in general, not with Panda. Pruning is not a good idea because with Panda, I don’t think it will ever help mainly because you are very likely to get Panda penalized – Pandalized – because of low-quality content…content that’s actually ranking shouldn’t perhaps rank that well. Let’s say you figure out if you put 10,000 times the word “pony” on your page, you rank better for all queries. What Panda does is disregard the advantage you figure out, so you fall back where you started.

I don’t think you are removing content from the site with potential to rank – you have the potential to go further down if you remove that content. I would spend resources on improving content, or, if you don’t have the means to save that content, just leave it there. Ultimately people want good sites. They don’t want empty pages and crappy content. Ultimately that’s your goal – it’s created for your users.

On the featured snippet algorithm:

RankBrain is a general ranking algorithm, not focused on features – it is trying to predict what results would work better based on historical search data. Featured snippets have their own algorithms to determine what is a good result and makes a good featured snippet for a certain query.

The theme is we’re working around the clock to improve relevance to ensure we’re not showing something stupid as a featured snippet and we’re changing the underlying code extremely often. It’s a volatile code base that is constantly changing. The featured snippets we show can also change based on external signals like number of links…quality of links [can have] a dramatic effect on what we show on the results page.

Don’t be afraid of sites that you don’t know. There are hundreds of millions – billions probably — of sites on the Internet. There’s no way you’ll know each of them. If they have content and are not spammy, why would you disavow? It’s extremely likely it won’t hurt you.

Imagine you go to the spam report form [and you] file against your competitors. I know a few cases where [they] reported competitors and it resulted in a very deep review for both sites and we found [the site they reported] clean and the reporter was found doing stuff they shouldn’t. You have to be careful about what you report and make sure you’re clean.

On what he wishes websites would do more often:

As a user, I would like fewer ads…as a trends analyst for Google, I understand why, [but I] wish [they] would figure out some way to at least put ads on the site that are not blocking the user interface and are actually fast. Some sites load in the background four tracking scripts and ads and it slows down the site a lot and it’s an awful user experience. You wouldn’t do that for Google, why would you do that for users? Unless it’s a critical part of their lives and they can’t abandon you, they will if your site sucks.