Big news this week – RankBrain, Google’s machine learning system, which has been referred to as the third most important ranking factor behind links and content, is now being used on ALL Google searches.

In simplest terms, Google RankBrain looks at search queries, pages, and other signals to figure out what is the best result to show the searcher.

RankBrain went online in April 2015, but wasn’t introduced to the world until October 2015 via a Bloomberg article. At launch, it was used on 15% of the trillions of queries Google processes each year – mainly of the long-tail and never-seen-before variety.

But now, after collecting data on how it has performed over the past several months, RankBrain is being used on every query, and impacting many of the Google results we now see.

RankBrain and Google RankBrain Optimization (GRO) became a huge topic of debate and conflicting information within the industry. Even though nobody knew RankBrain was live for months before the Bloomberg article was published, we suddenly had a glut of RankBrain experts overnight who knew how it worked better than people within Google.

For every “5 Ways to Optimize for Google RankBrain,” there would be a counterargument that “Google says you there is no way to optimize for RankBrain.” Except, if you believe Gary Illyes, you can: “write in natural language.”

Is that all you do? Of course not. You still need to address all the SEO essentials and develop content around intent so it matches the language used by the audience you want to reach. You still need:

But these things are basic barriers to entry if you want to compete for visibility in Google’s ever-shrinking organic results. Everybody knows this (or should by now).

The Third Most Useful Ranking Signal

Another big argument was whether RankBrain is really the third most important signal. After all, some Google employee once said something at some conference or on Twitter.

Well, RankBrain is still considered the “third most useful” signal for rankings purposes, according to an excellent article from Steven Levy, which details how Google is becoming a “machine learning first” company. Here’s the relevant excerpt:

The place where you can differentiate yourself is by helping users. Remember, Google doesn’t just look at your content. It also looks at user data. How (if?) they click on and interact with that content.

So create great content that people click on and engage with. Be a brand that people come back to over and over again.

Write clickable headlines that clearly communicate what your content is about – use viral elements, including a promise and an emotional trigger.

Reward users who click on your result by being the best resource. Make it easy to buy from you, answer their questions, help them get somewhere they want to go, teach them something they want to learn, or entertain them.

Your website can have the greatest SEO in the world, but if nobody cares about your brand or the content you’re creating, you won’t succeed.

What’s It All Mean?

Here’s all you really need to know: Google RankBrain is important and it does impact search results. While you waste time trying to optimize for it, you’re better off understanding the customer journey and optimizing for searcher intent.

Google RankBrain, if it’s working right, is essentially like a great user experience. It’s invisible. Nobody should notice it. Google will simply return the right results that the user wants.

Google will never reveal all of its secrets. They can’t. Heck, some of them have publicly stated they don’t even understand how RankBrain works.

Oh, one other important lesson: 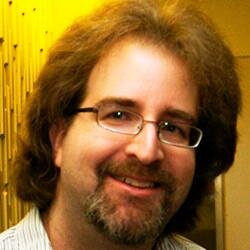 Danny Goodwin has been a professional editor, writer, and ghostwriter in the marketing industry for 10 years, creating content for SMBs to global brands, spanning all things search and digital. He currently writes for Search Engine Journal, and formerly was managing editor for Momentology and editor for Search Engine Watch.